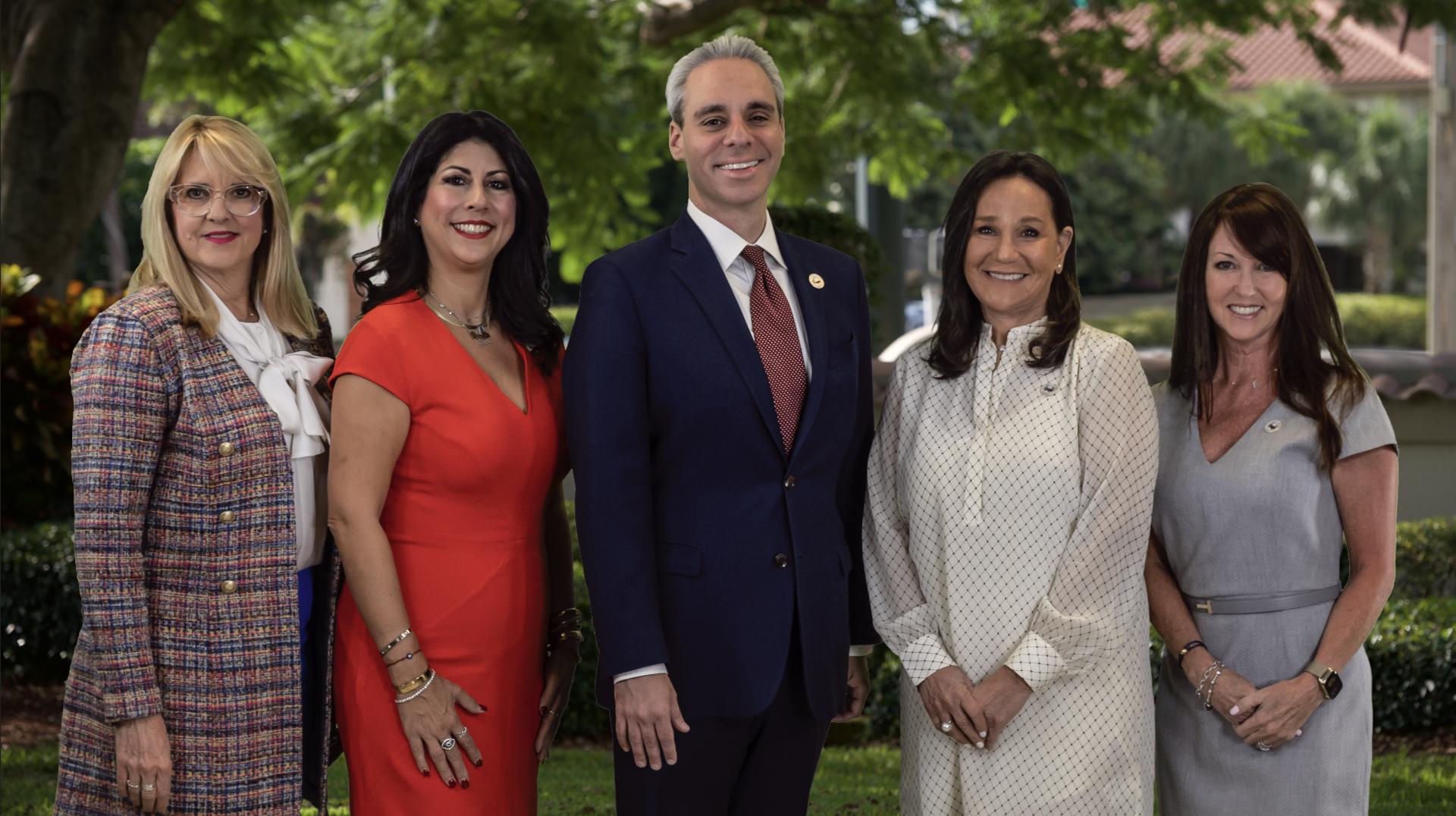 Every city is governed by a group of people who make and change laws.  In Boca Raton, five people are elected to govern the City:  the Mayor and four Council Members who are elected to three year terms and are limited to serving two consecutive terms in office.

City Council meets regularly in the Council Chamber of City Hall.  Council Meetings take place at 6:00 pm on the second and fourth Tuesday of each month.  Two workshops are held each month on the Monday afternoon prior to the Council Meeting. City Council meetings and workshops are open to the public and are also recorded and available to watch on Boca TV or on the City's website.