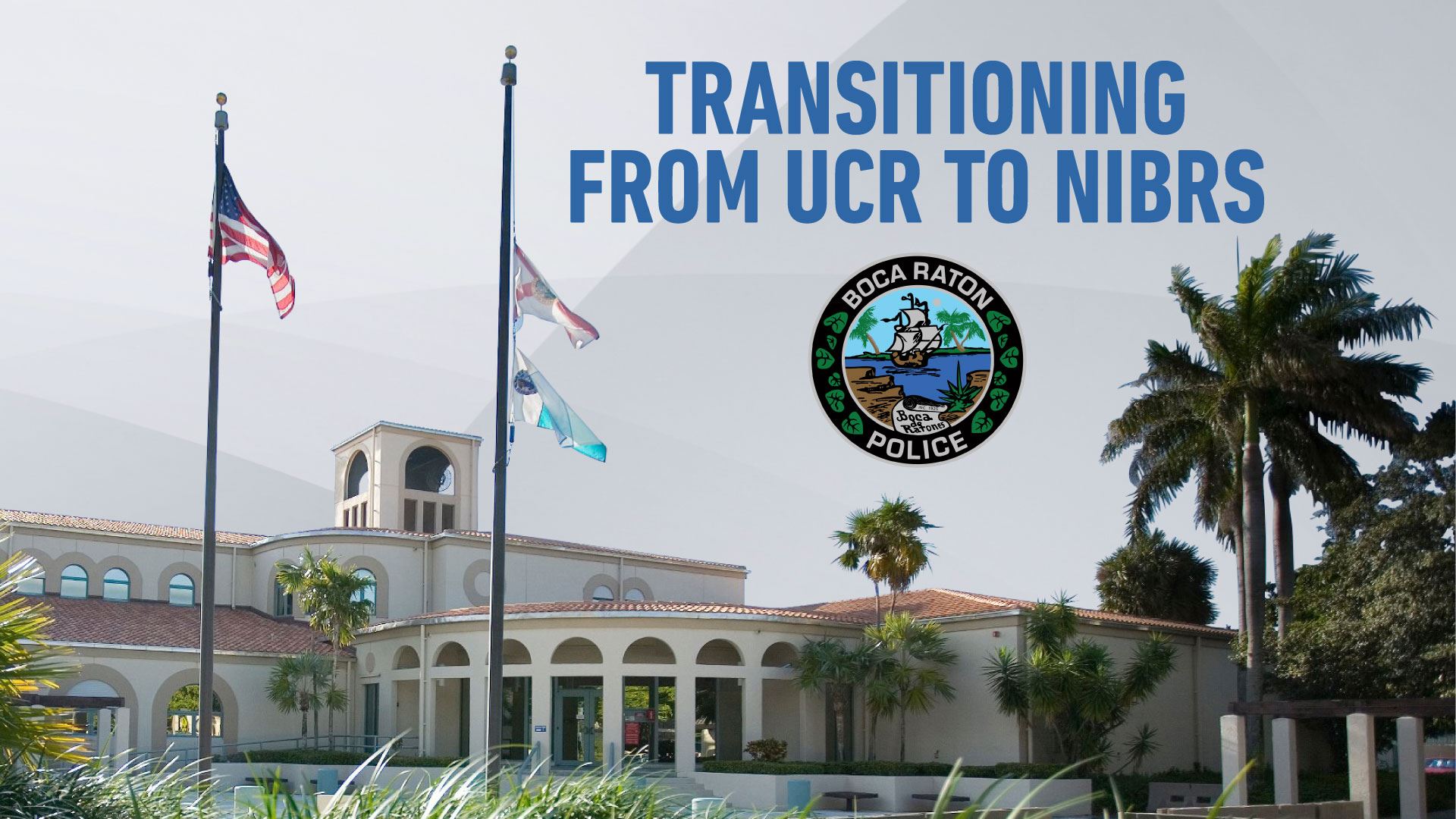 The system that has been used to report the crimes occurring in our City, prior to this switch, is known as the Unifrom Crime Reporting (UCR) Summary Reporting System. The UCR SRS system has been used across the United States since 1930.

In order for us, as a nation, to take advantage of technological developments, a new system was needed. The National Incident-Based Reporting System (NIBRS) was created to meet this need and has been in use since 1991. NIBRS allows for a more comprehensive data collection and reporting system on a national level.

The FBI retired the UCR SRS system, effective January 1, 2021, and now collects crime data only through NIBRS. All agencies needed to transition from using UCR SRS to NIBRS by 2020 to comply with the FBI's new method of data collection.

Use of the NIBRS system will allow us, as an agency, to report on more offenses being committed, account for a greater picture of the work being done by our officers and detectives, and allow us to answer more detailed questions about reported crime. 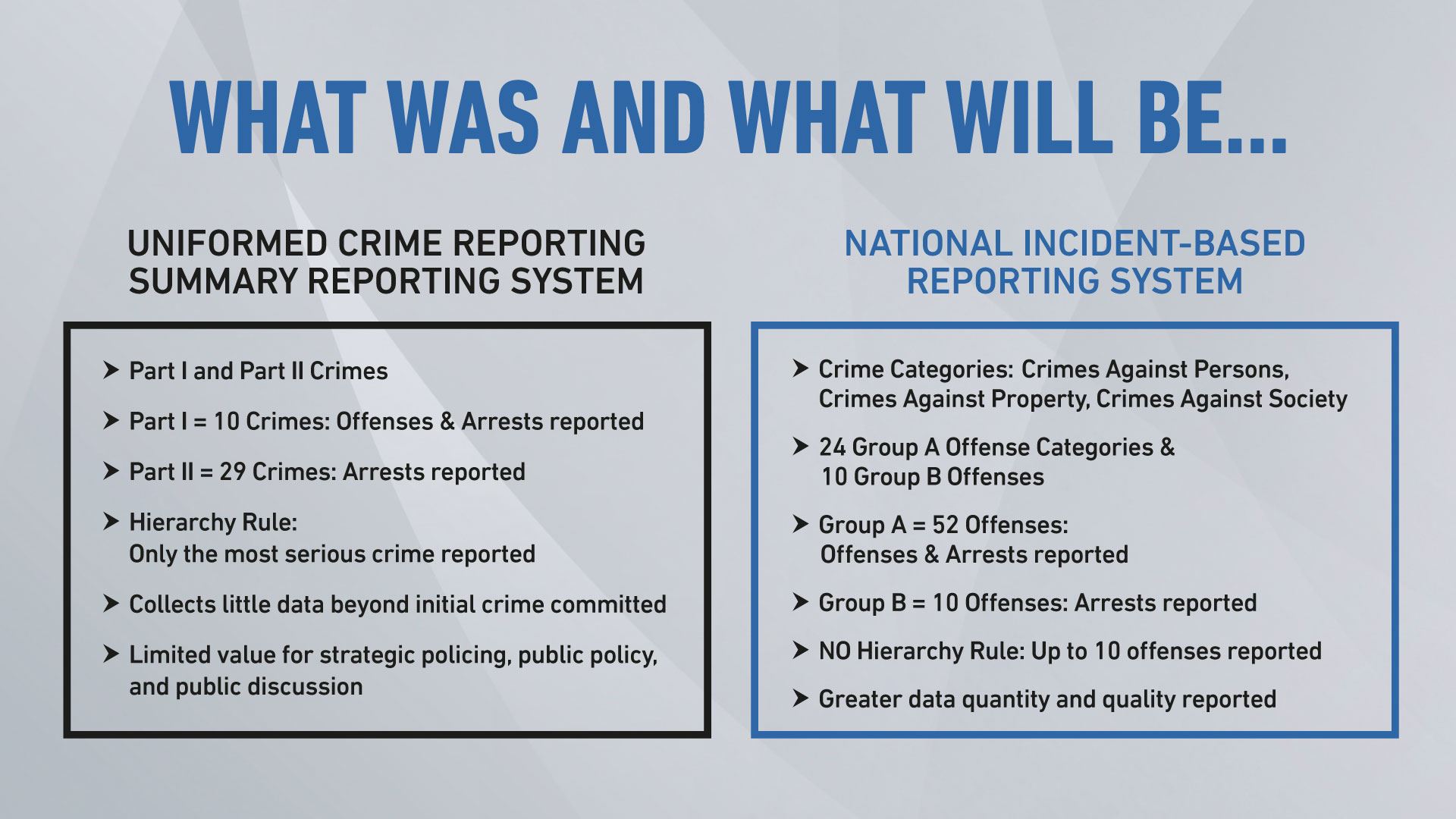