The leatherback is the largest of the sea turtle species.  This marine giant is also the largest reptile alive today! Leatherbacks are very different from the other sea turtle species.  Instead of a hard shell, they have a soft, black, leathery shell (carapace) with long ridges running from head to tail.  This body form allows leatherbacks to live in colder, deeper waters and undergo long migrations. 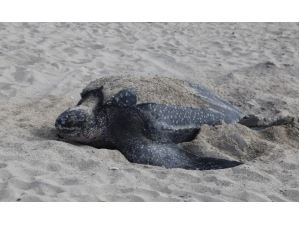 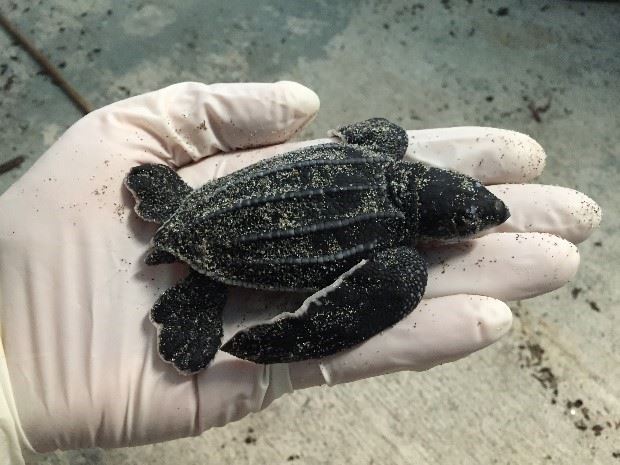 Loggerheads are named for their large heads which house powerful jaw muscles for crushing hard-shelled prey. Florida has one of the two largest loggerhead nesting populations in the world!  They are also the most common sea turtle that nests on Florida’s beaches.  A major threat to loggerhead and Kemp’s ridley sea turtles is accidental bycatch in trawling nets and long-line fisheries.  The use and implementation of turtle excluder devices (TEDs) and other bycatch reduction tools has drastically reduced the numbers of turtles being caught by fishermen.  Bycatch reduction tools also protects larger marine animals such as dolphins and sharks. 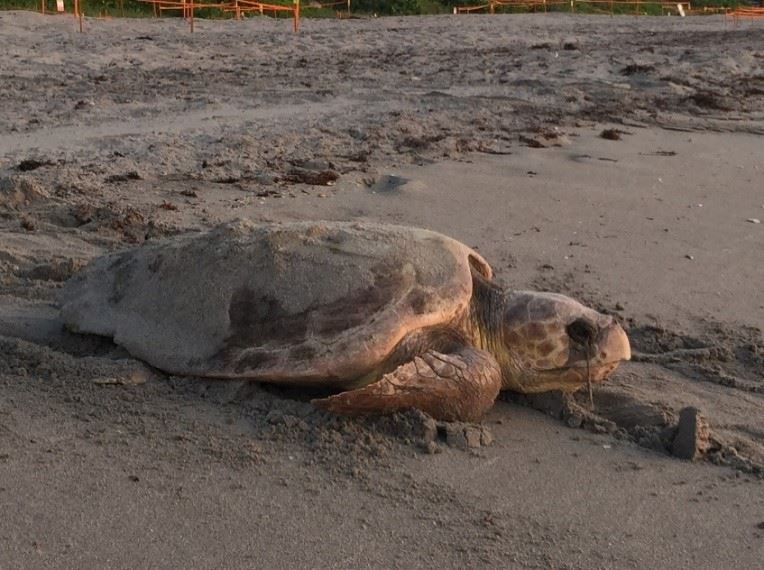 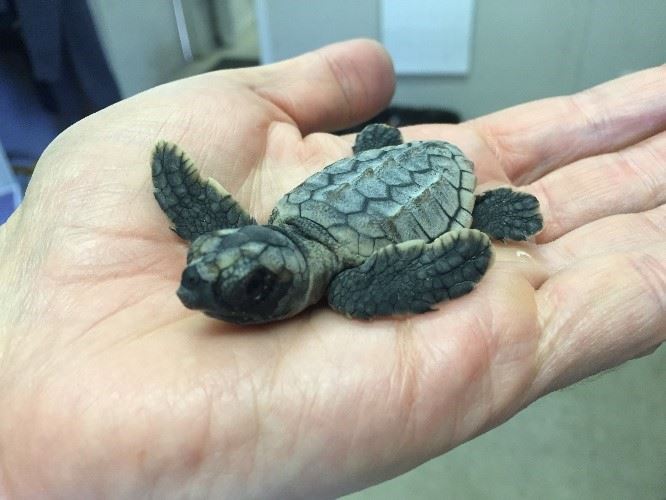 Green sea turtles are the largest of the hard-shelled turtles and are named for the color of their body fat.  Now illegal in the United States and many other countries, green turtles were once hunted and harvested for their meat and to make turtle soup.  Populations in Florida were once functionally extinct from overharvesting, but we have seen an exponential increase in nesting green turtles on our beaches, raising them from Critically Endangered to Threatened status due to increased conservational efforts. 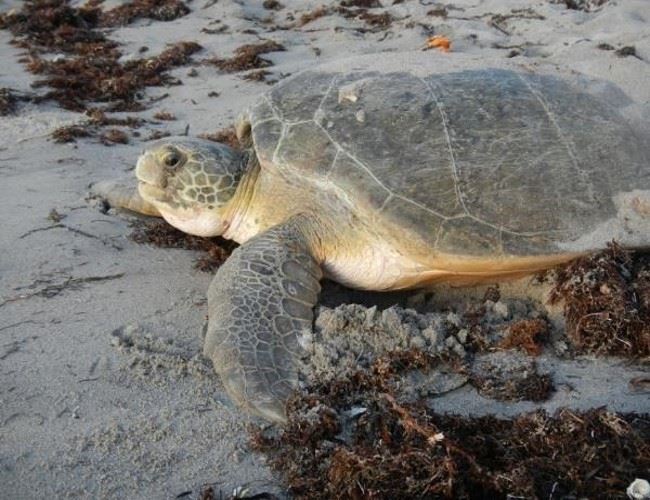 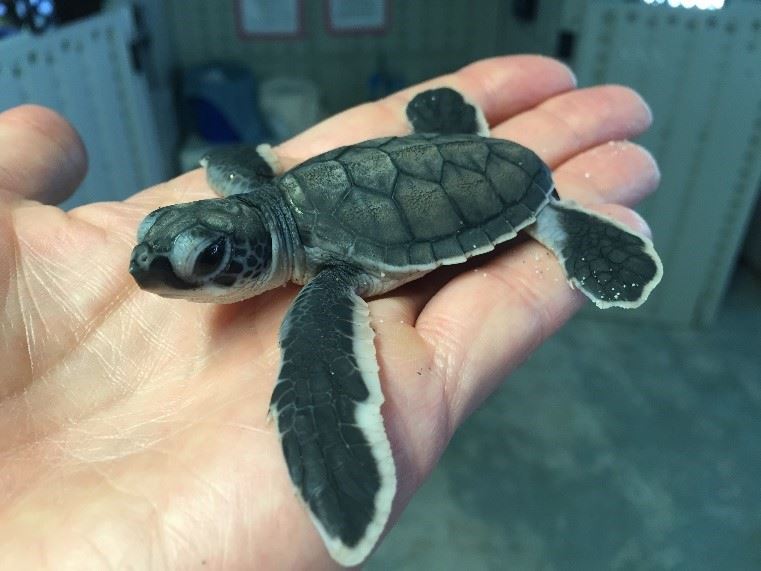 These turtles have very unique nesting habits.  They nest primarily on a beach in Rancho Nuevo, Mexico where they come up in large numbers to nest at the same time during the day, called an “arribada” (which means “arrival” in Spanish).  Kemp’s ridleys are also the rarest sea turtle.  All populations of Kemp’s ridleys are endangered, and numbers have drastically decreased in the past 60 years.  In 1947, an arribada of an estimated 42,000 Kemp’s Ridley turtles was filmed in Mexico.  Today, there may be as few as 3,000 nesting females. 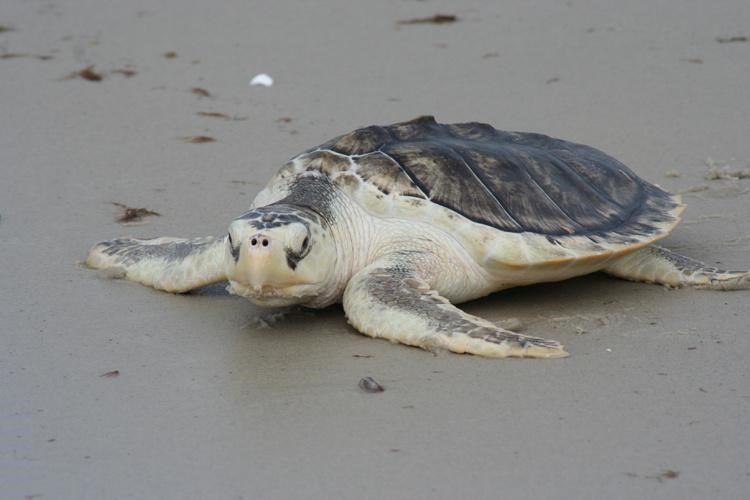 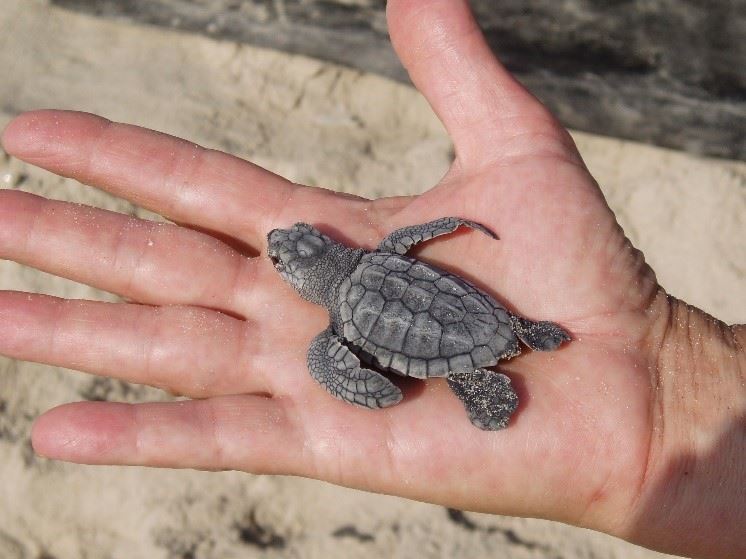 Hawksbill sea turtles are known for their magnificent shells and interesting food preferences.  Unfortunately, their beauty has taken the hawksbill to the brink of extinction.  Hawksbill shells are used to make tortoise shell jewelry, barrettes, combs, and other items.  Their eggs are also harvested for consumption.  Harvesting turtle eggs and the trade and import of tortoise shell items is illegal in the United States, but other countries still allow the take of hawksbill turtles. 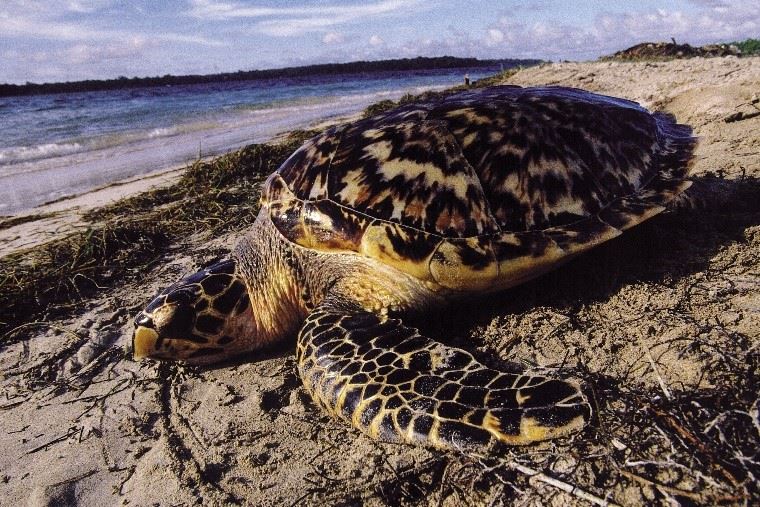 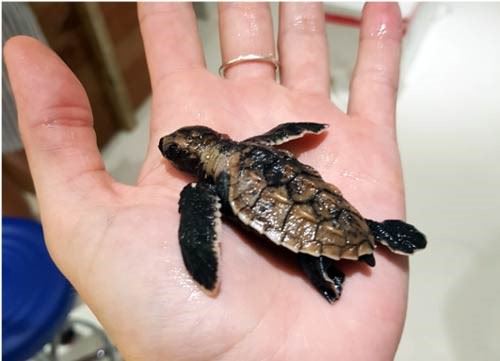