On Wednesday, December 13, 2006, at about 7:20 p.m., Joanna Lewandowska had just arrived from Poland. She had flown in to Miami International Airport and was supposed to be picked up by her friend, Bohdan Gajewski, whom she was planning on staying with for the next few weeks. When Gajewski didn’t show up at the airport, Lewandowska took a cab to Gajewski’s home at 726 Saint Albans Drive. Lewandowska knocked on the door to the house and when no one answered she went in through the unlocked front door. She took a few steps inside and saw Gajewski lying on the floor surrounded by a large pool of drying blood.

There was no sign of forced entry into the home and nothing was missing. The Medical Examiner’s report stated that Mr. Gajewski had been stabbed multiple times, causing his death. An acquaintance of Mr. Gajewski’s told detectives he spoke to him Tuesday, December 12 at about 8 in the morning, which is the last time he was known to be alive.

Mr. Gajewski’s son, Bohdan and his soon-to-be wife, Andrea, had moved from Texas in June and had lived with Mr. Gajewski until July, when they moved into their own place. Mr. Gajewski had another son, who lived out of state and with whom he was not on speaking terms. According to relatives and acquaintances, Mr. Gajewski was very private and would not open his door to just anyone.

Detectives do not believe robbery was a motive and that Mr. Gajewski was killed by someone he knew or had reason to trust enough to allow into his home. If anyone has information about this crime, they are to call Detective Scott Hanley at 561-338-1344 or Palm Beach County Crime Stoppers at 800-458-TIPS. 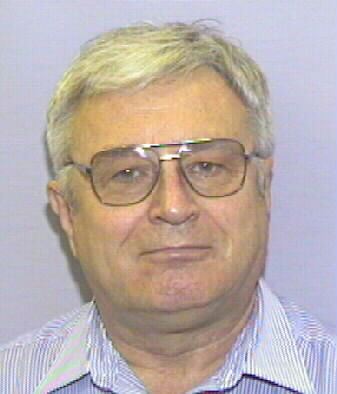