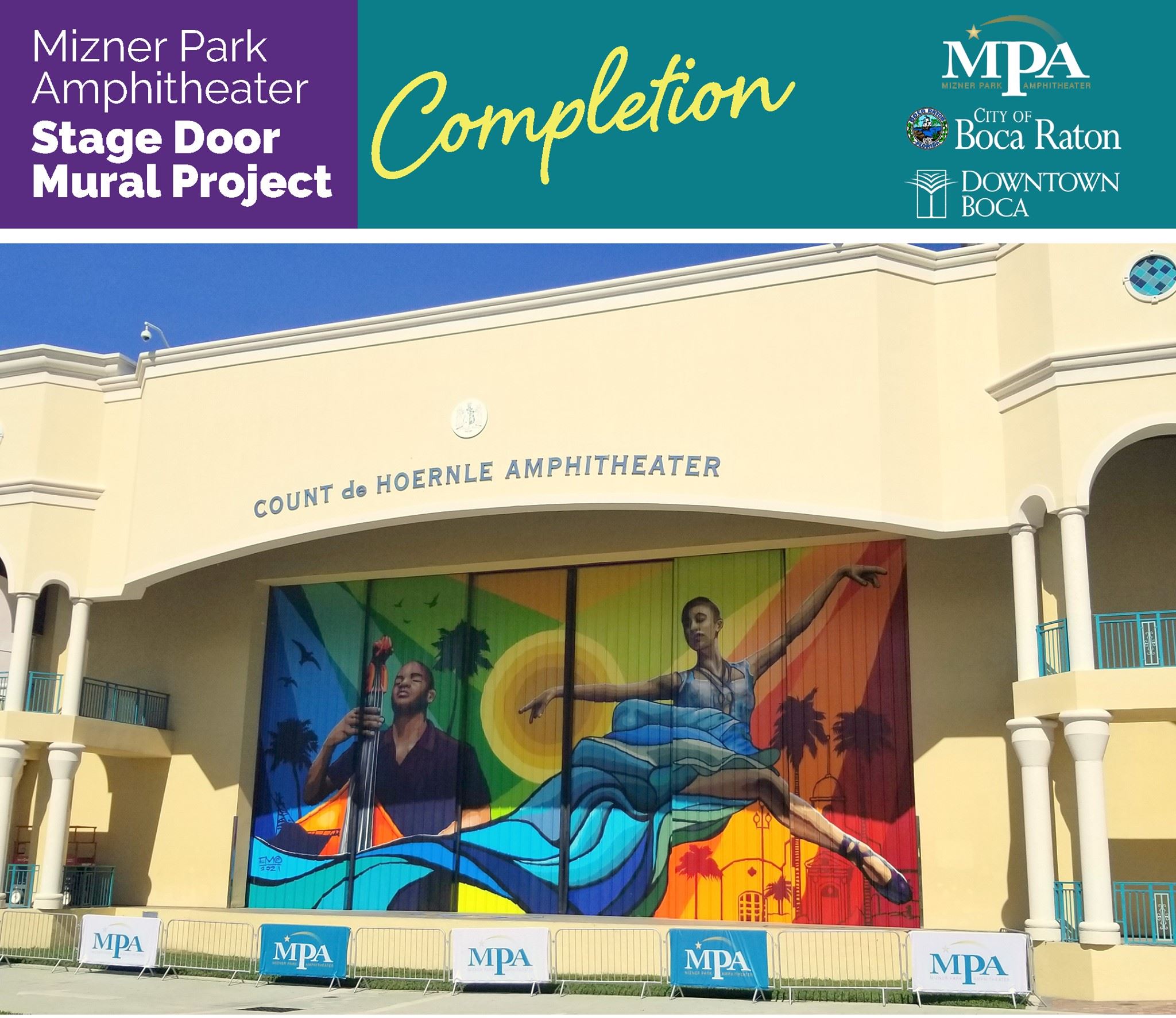 Thank you to artist Eduardo Mendieta who envisioned and created the beautiful, new artwork for the whole community to enjoy. Head downtown to the Mizner Park Amphitheater to experience it for yourself. 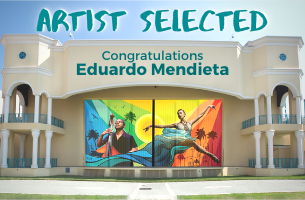 With a call to artists that opened to the public in October, council members hoped that mural submission ideas would reflect the spirit of Boca Raton's art, history and culture.

Mendieta's "On Stage" design was chosen from 29 artist submissions that were reviewed at the December 8 City Council meeting. Work on the mural will begin January 4, and it is expected to be completed by March 31. Thanks to all of the artists who submitted creative designs, and congratulations to Mr. Mendieta!

In order to enhance the City’s art in public places initiative, the Boca Raton City Council identified the Mizner Park Amphitheater stage doors as a mural location for the next project. The intention is to select an artist(s) who can create an expressive, inspiring mural on the stage doors that is reflective of Downtown Boca and the spirit of the City’s art, history and culture. The stage doors large-scale  “canvas” area is approximately 30' high by 60' wide (comprised of six panels approximately 10' wide/each) and will be a focal point for visitors to Downtown Boca and Mizner Park.

The City is accepting applications beginning October 16, 2020 from skilled artists who are interested creating a mural that will be an attractive addition to Downtown Boca and the Mizner Park Amphitheater stage. In addition to adding large scale artwork in the City, it is also an opportunity to showcase artists from the Boca Raton community and beyond.

The selected artist(s) will have a background in creating successful street art and murals projects in public spaces. There will be a stipend paid to the selected artist which will include payment for the artist’s expenses (such as paint, supplies, site preparation, installation, and clean-up).