The City of Boca Raton opened its first, new waterfront park, Hillsboro El Rio South Park, on Saturday, February 22 with a ribbon-cutting ceremony. Following speakers from Recreation Services, the Parks and Recreation Board, and the Mayor, attendees were among the first to use the brand-new playground, basketball courts, pickleball courts and beach volleyball area. There were also food trucks, bounce houses and face painting among the fun activities.

Visit our photo gallery to see more pictures of the event. 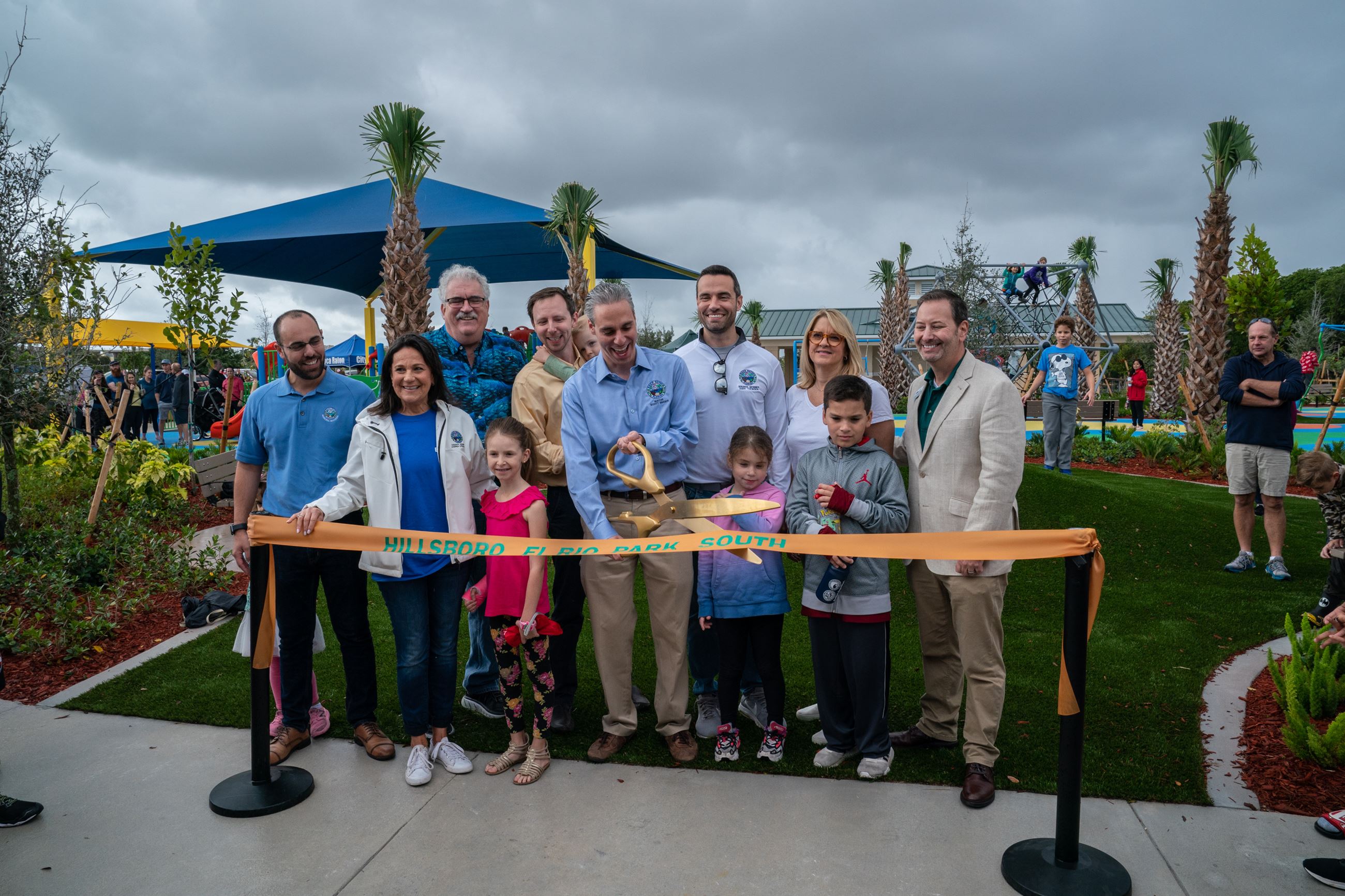 Updated aerial view of Hillsboro El Rio Park, Phase 2. Construction is progressing, and a ribbon cutting ceremony has been scheduled for February 22, 2020. 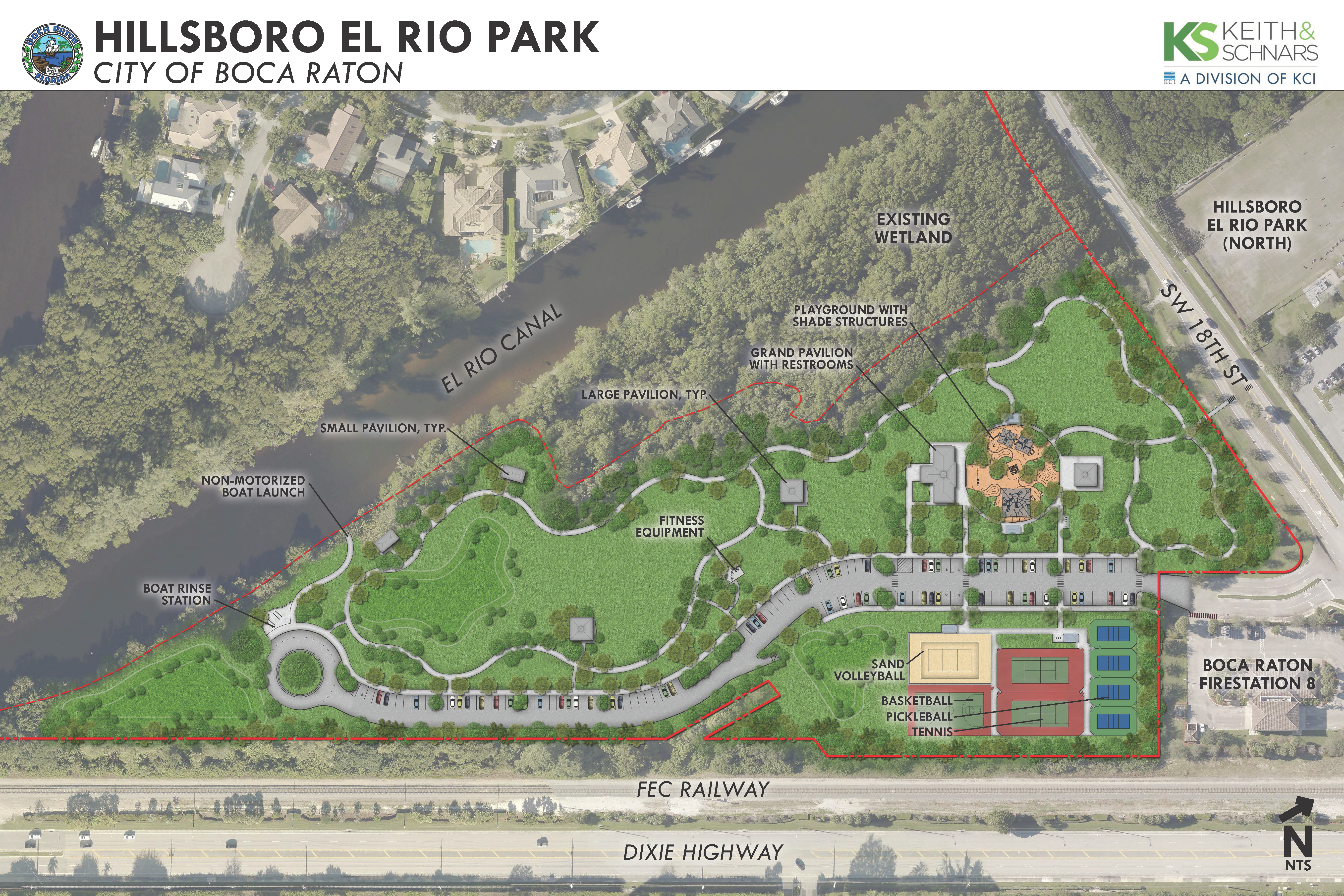 Development of Hillsboro El Rio Park II has officially begun. Located on the south side of SW 18th Street between Dixie Highway and the El Rio Canal, this 14-acre site will become the newest City park with an estimated opening at the end of 2019.  Phase 1 of the Hillsboro El Rio Park on the North side of 18th street includes athletic fields and was opened to the public in 2002. Fire Station 8, which is situated on the northeastern section of the city-owned parcel, was dedicated in 2005.

While discussions about of phase 2 of the park have been in progress for many years, a renewed commitment to activities at the City’s waterfront park sites have taken priority in the last few years. The Hillsboro El Rio Park site along the El Rio Canal was recognized in the Waterfront Master Plan as a natural addition to enhancing waterfront activities for residents. After input from surrounding neighbors and recommendations by the Parks and Recreation Board, a new site plan was created, offering a park that will be open dawn to dusk and will include the following amenities:

Once home to the City’s landfill, the area has recently seen infrastructure improvements including a water main replacement along 18th Street followed by repaving of 18th Street and upgrades to the railroad tracks that include the quiet zone features to accommodate the new Brightline train.  Now that infrastructure improvements are complete, the clearing of the land and the environmental remediation will begin and, barring any unforeseen complications during the environmental remediation, the park, which is estimated to cost approximately $7.8 million, will open by the end of 2019.