Climate Change in the City of Boca Raton

Climate Change is a global environmental, economic, and social problem that can be tackled in part through local actions. Actions on Climate Change fall in to two main categories:

Mitigation: Reducing the root causes of climate change, namely emissions of greenhouse gases, to both slow the rate and reduce the impact of changes.

Adaptation: Investing in infrastructure, technology, and behavior changes that allow individuals, economies, and communities to adjust to the different conditions caused by climate change.

For more information on climate change:

Want to stay up to date on the Office of Sustainability's latest efforts? Click on the button below to sign up for emails and texts! 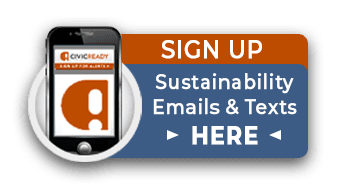